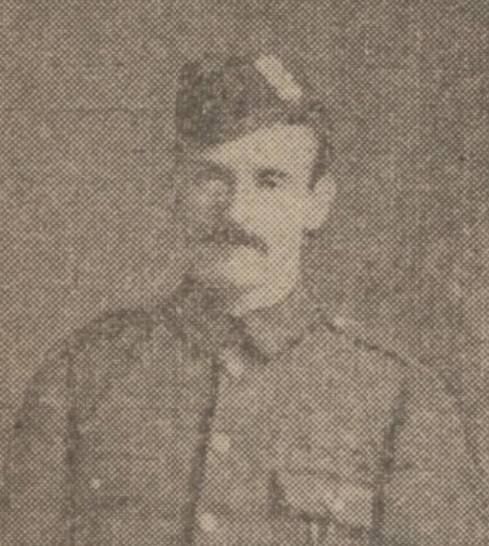 Joseph has no known grave but is remembered on the Le Touret Memorial.

3519 Pte, Joseph Smith, 4th Black Watch, was another of those killed in action on 9 May 1915, aged 34.
Smith had served in the Royal Navy for several years, and before the war was employed in Camperdown Works. His wife, Marion, and three children lived in Lochee.
Smith had two brothers at the front. Sgt. James Smith, 2nd Black Watch, and Charles Smith, R.N.V.R, made a prisoner of war at Antwerp. Pte. Smith is commemorated on the Le Touret Memorial, Pas de Calais, France, with others of his regiment.

AN EX-NAVYMAN KILLED. Private Joseph Smith, the soldier referred to in Private Keith’s letter, was a member of No. 10 Platoon, C Company.
He was 34 years of age, and joined “Dundee’s Own” in November last. By reason of a number of years’ service in the Navy, he was drafted to the front with the battalion after only a few weeks’ training. His home was at 1 Flight’s Lane, Lochee.
Before the war Private Smith was employed at Camperdown Works, Lochee. His loss is mourned by his widow and three children.
Private Smith was one of three brothers on active service. One brother, Sergeant James Smith, 2nd Black Watch, has been through the whole of the present campaign. His home is at 4 Lorne Street, Lochee. The third of the brothers, Charles Smith, was taken prisoner at the siege of Antwerp. He is of the R.N.V.R. The Courier, Thursday, 27 May 1915, 4.

Can you tell us more about Joseph Smith? Some additional facts, a small story handed down through the family or perhaps a picture or an heirloom you can share online. Contact our curator...