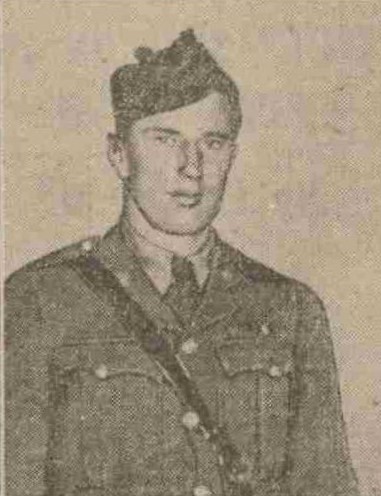 Joseph is also remembered on the Dundee United FC Roll of Honour.

A large circle of friends in Dundee will learn with deep regret of the death in action of Lieut. Joseph E. Smith, 12th Highland Light Infantry, official intimation of which reached the city yesterday in a telegram from the war office.

A particularly sad circumstance in connection with the gallant officer’s death is the fact that he had just returned to the front after being married.  The only son of Mr and Mrs Edward Smith, 72 King Street, Dundee, Lieut. Smith was an officer whose career was full of promise.  He was 32 years of age, and as a volunteer in the South African War he gained experience which had stood him in good stead in the present campaign.

He enlisted in the Highland Light Infantry shortly after the outbreak of war, and was rapidly promoted.  After a term of service at the front he came home on receiving his commission, and in the capacity of a recruiting officer Lieut. Smith made a reputation for himself by the vigorous and telling appeals for men which he made at many meetings in the city.

On being recalled to his regiment Lieut. Smith returned to the front, and in the early days of this month he came home on a short furlough.  He was married to Miss Elizabeth Bertie Campbell on the 9th inst.  On the 11th inst. he went back to the front, and on the 15th inst. he was killed in action.

Lieut. Smith was well known in athletic circles.  He was a fine sprinter, and on one occasion he distinguished himself at the Powderhall meeting.  Much sympathy will be extended to his parents and his widow in their tragic bereavement.

Can you tell us more about Joseph Edward Smith'? Some additional facts, a small story handed down through the family or perhaps a picture or an heirloom you can share online. Contact our curator...