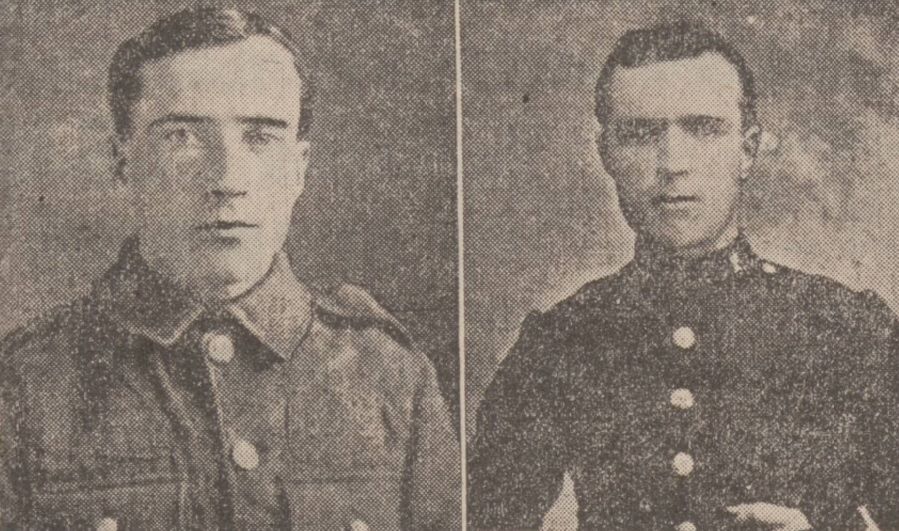 James has no known grave but is remembered on the Le Touret Memorial. He was the brother of Pte Alexander Sorley 1540, 1st Battalion Black Watch, who was killed in action 13.10.1915.

1540 Pte. Alexander Sorley, 1st Black Watch (left), another Dundee soldier was killed in action on 13th October 1915, aged 27. His mother, Mrs J. Sorley, 178 Brook Street, received initial intimation that he was missing.
Tragically, Alexander’s younger brother, 1385 Pte. James Sorley, also serving with the 1st Black Watch, had been reported missing in July. Like his elder brother, James was a pre war regular soldier. He was killed in action at the Aubers Ridge on 9 May 1915, aged 24.DUNDEE BROTHERS MISSING. Mrs Sorley, 178 Brook Street, Dundee, is in the unfortunate position of having two soldier sons reported missing. Both are regulars belonging to the 1st Black Watch. The photo on the left is Private Alex. Sorley (1540), who was attached to C Company, and was wounded on 13th October but returned to the front, and is now reported wounded and missing. His brother is Lance-Corporal James Sorley (1538) [sic], of D Company. He has been officially reported missing. Mrs Sorley would be grateful to anyone who can give her any information regarding her sons. The Courier, Wednesday, 1 December 1915, 4.DUNDEE LANCE-CORPORAL WOUNDED AND MISSING. Mrs Sorley, 178 Brook Street, Dundee, has received official intimation that her son, Lance-Corporal James Sorley, 1st Black Watch, was wounded, and has been missing since 9th May. He has served seven years with his regiment, three of which were spent in India, from whence he went to France. Lance-Corporal Sorley is 25 years of age, and was previously employed as a millworker. The Courier,Thursday, 8 July 1915, 6.

Can you tell us more about James Sorley'? Some additional facts, a small story handed down through the family or perhaps a picture or an heirloom you can share online. Contact our curator...