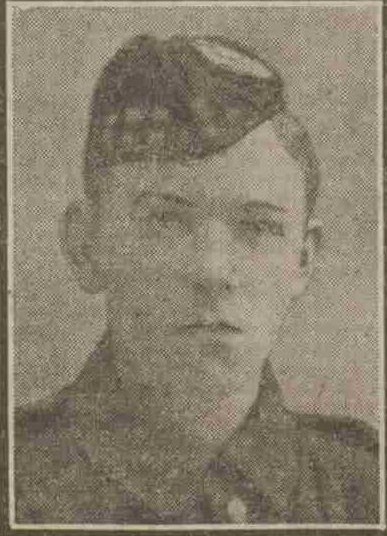 Private Thomas Spalding (23), Royal Scots Fusiliers, was posted missing after the first battle of Ypres, and has for some time now been presumed by the War Office to be dead.  Intimation has just been received that Pte. Andrew Spalding, Gordon Highlanders, has died from wounds received in action.  He came by his injuries at the beginning of the month, and died the day following that on which he was wounded.  Andrew, who was 21 years of age, was previously badly wounded at the battle of Neuve Chapelle, and underwent several operations as a result.  He returned to the front last November.  Previous to the war he was in the employment of Thos. C. Keay, millfurnishers, Baltic Street.

The third of the soldier brothers is Private Alexander Spalding, Black Watch.  He is a lad of 19.  The father is an old campaigner, having fought in the Egyptian and South African wars, and the sons have naturally inherited the martial spirit.  Mr George Spalding is the possessor of three medals and Khedive’s Star.

Can you tell us more about Andrew Ritchie Spalding'? Some additional facts, a small story handed down through the family or perhaps a picture or an heirloom you can share online. Contact our curator...