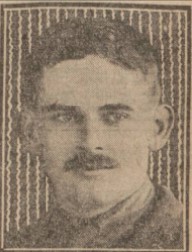 David was the brother of Lt Dysart Watt Spankie, 104th Battalion, Machine Gun Corps who was killed in action 05.06.1916.

Mr and Mrs David Spankie, Braehead, Forfar Road, Dundee, received the sad news on Saturday of the death of their son, Lieut. David Noel Spankie, A.S.C., from the effects of influenza in an hospital in France.

Lieut. Spankie, who was 26 years of age, was educated at Dundee High School.  He enlisted on 4th October, 1914, and proceeded to France in July, 1918, was there for six months, and was later sent to Ireland, but subsequently returned to France.  He had been ill for two weeks.  Previous to joining up the deceased officer was employed in an office in the city.  His brother, Lieut. Dysart Spankie, M.G.C., was killed in action in June, 1915, and Mr and Mrs Spankie’s only surviving son is serving in the wireless section of the Royal Engineers.  He is at present home on leave.

Can you tell us more about David Noel Spankie'? Some additional facts, a small story handed down through the family or perhaps a picture or an heirloom you can share online. Contact our curator...