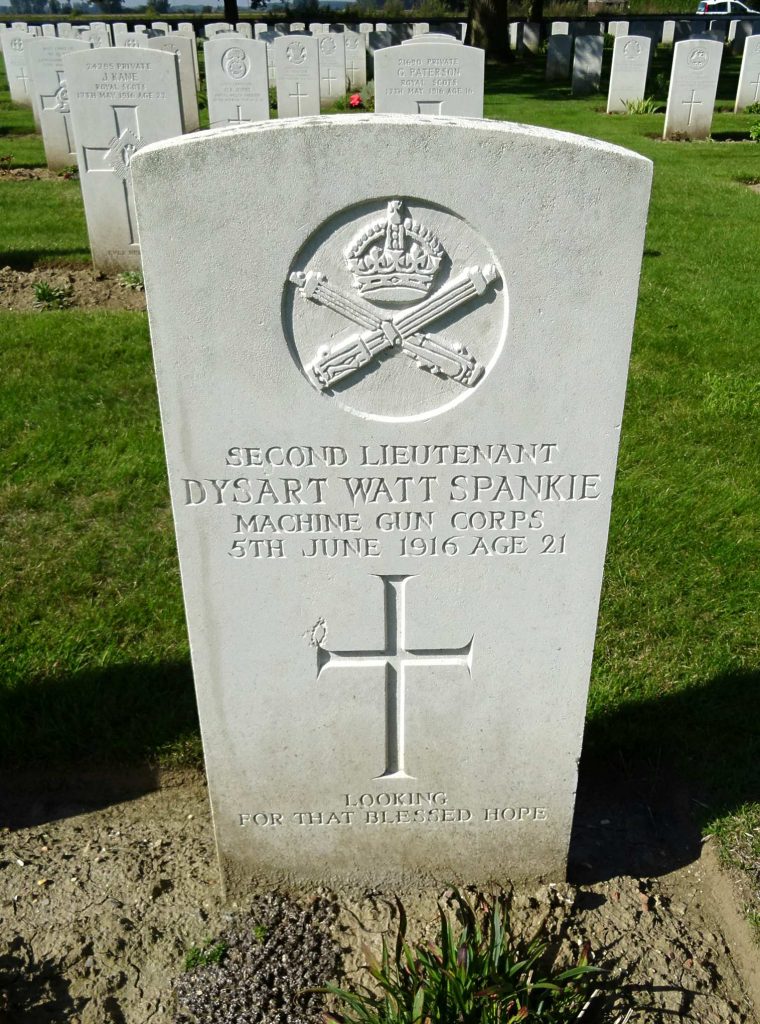 Mr David Spankie merchant, Dundee, has received official intimation of the death in action of his son, Second-Lieutenant Dysart Watt Spankie of the Machine Gun Corps.  Twenty-one years of age, the deceased officer was educated at Dundee High School, and when war broke out was serving his apprenticeship in the office of McIntyre & Rae, C. A.  He enlisted in the Royal Scots in December, 1914, and received his commission in the 24th Manchesters in April, 1915.  In the spring of this year, he transferred to the Machine Gun Corps, and went to the front six weeks ago.

Lieutenant Spankie was a well-known and highly-respected residenter in Maryfield and to his parents the deep sympathy of a wide circle of friends will be extended.  Mr Spankie’s eldest surviving son is Second-Lieutenant David N. Spankie of the Army Service Corps.

Can you tell us more about Dysart Watt Spankie'? Some additional facts, a small story handed down through the family or perhaps a picture or an heirloom you can share online. Contact our curator...