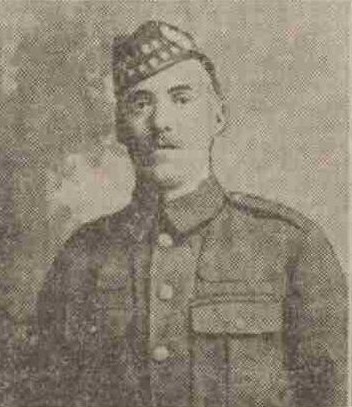 Intimation has been received in a letter from the Rev. J. Rae, a chaplain at the front, of the death of Private John Speirs, of the Royal Scots.  The chaplain states that Private Speirs succumbed to a bullet wound, and was buried in a cemetery in presence of a number of his comrades.

Private Speirs leaves a widow and family, who reside at 46 Watson Street, Dundee.  He enlisted shortly after the outbreak of war, and prior to enlistment he was employed at Errol Brickworks.  Private Speirs was the only son of Mr and Mrs John Speirs, Erskine Street, and his father has been employed for many years as a compositor in the “Courier” Office.

Can you tell us more about John Ross Speirs'? Some additional facts, a small story handed down through the family or perhaps a picture or an heirloom you can share online. Contact our curator...