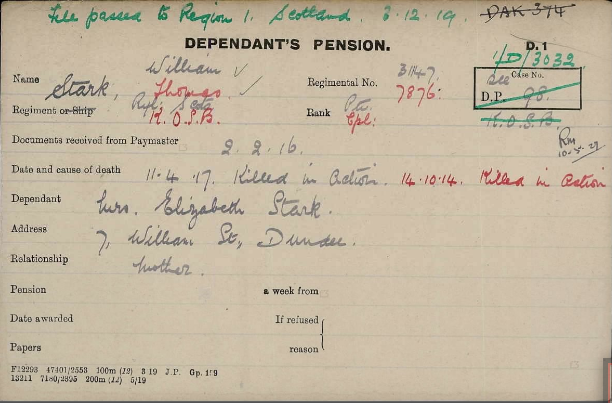 William has no known grave but is remembered on the Arras Memorial.

Can you tell us more about William Stark? Some additional facts, a small story handed down through the family or perhaps a picture or an heirloom you can share online. Contact our curator...