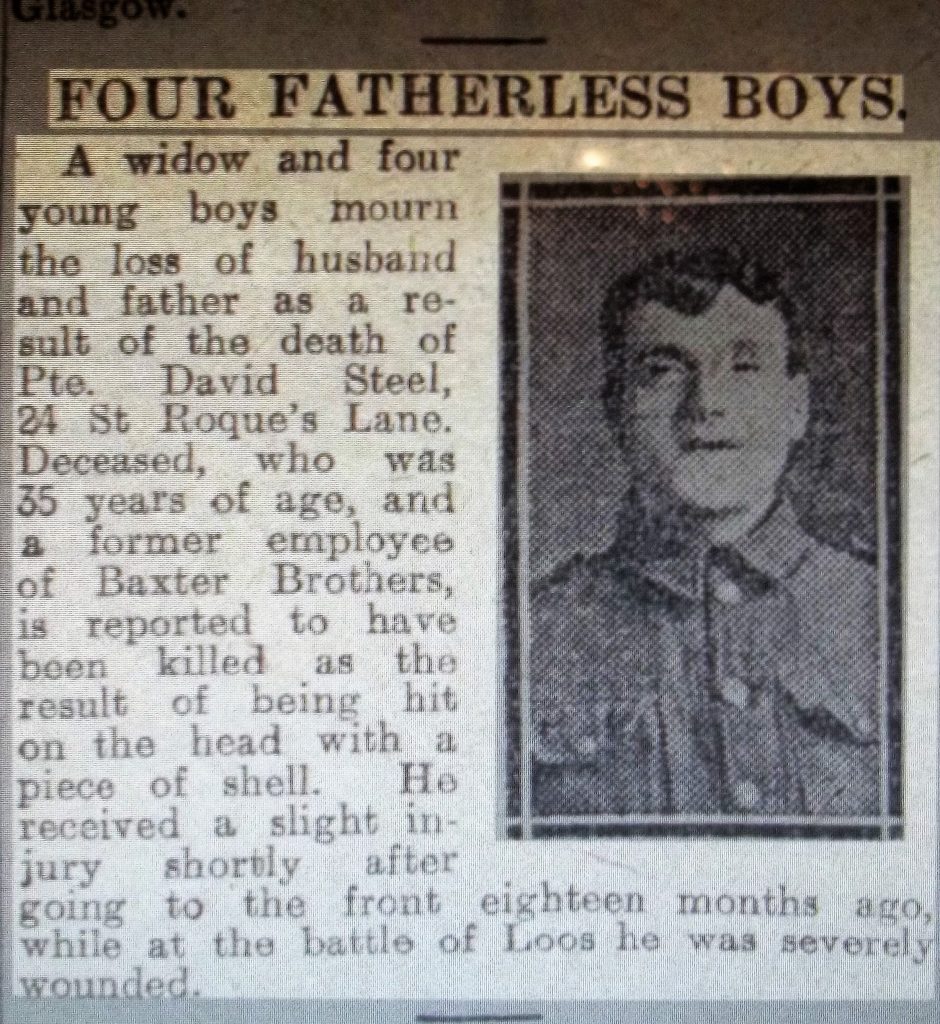 2585 Pte. David Steel, 4/5th Black Watch, was another who was killed in action during the attack on German positions opposite the village of Hamel. Steel had been severely wounded at Loos on 25 September 1915, and was killed on 3 September 1916, leaving a wife and four young sons.
FOUR FATHERLESS BOYS. A widow and four young boys mourn the loss of husband and father as a result of the death of Pte. David Steel, 24 St Roque’s Lane. Deceased, who was 35 years of age, and a former employee of Baxter Brothers, is reported to have been killed as the result of being hit on the head with a piece of shell. He received a slight injury shortly after going to the front eighteen months ago, while at the battle of Loos he was severely wounded. The Courier, Friday, 15 September 1916, 4.

Can you tell us more about David Steel? Some additional facts, a small story handed down through the family or perhaps a picture or an heirloom you can share online. Contact our curator...