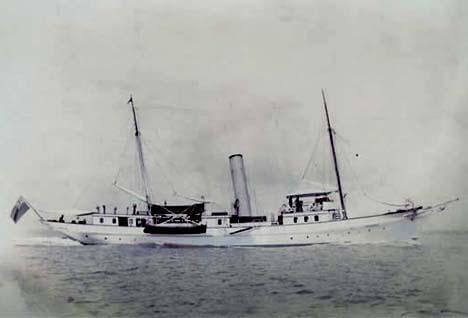 The Zarefah was originally built as the Marentanza V. In 1914 she was hired by the Royal Navy and equipped for mine sweeping duties. On May 8, 1917 she was struck by a mine from the German Submarine UC-31, 1 mile North East of Mull Head, Deerness with the loss of her 16 man crew.

Navigating Lieutenant Alexander Stephen, so of the late James Stephen, blacksmith and Mrs Stephen, Rhona Place, Queen Street, Broughty Ferry, who was in command of a patrol boat, has been killed.  Deceased, who was twenty-seven years of age, held a master’s certificate, and was regarded as a very efficient seaman.

Can you tell us more about Alexander Piggot Stephen'? Some additional facts, a small story handed down through the family or perhaps a picture or an heirloom you can share online. Contact our curator...