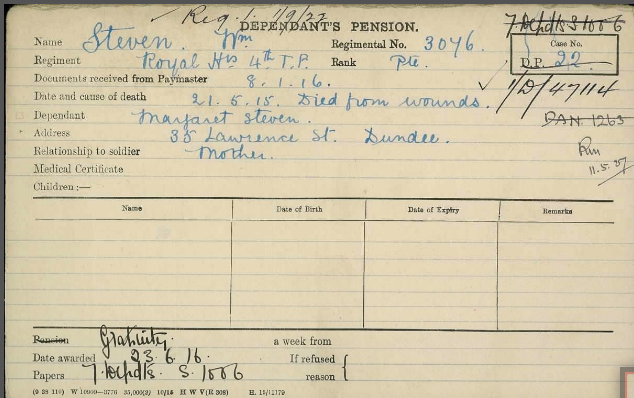 A comrade, writing home, states that Private William Steven, of the 4th Black Watch, was killed in action on 12th May.  Mrs Steven, who resides at 35 Lawrence Street, Dundee, however, has not yet received official intimation of her son’s death.  Private Steven was 20 years of age, and enlisted on the outbreak of war.  He was previously employed as a painter by the North British Railway Company at Tay Bridge Station.

Can you tell us more about William Steven'? Some additional facts, a small story handed down through the family or perhaps a picture or an heirloom you can share online. Contact our curator...