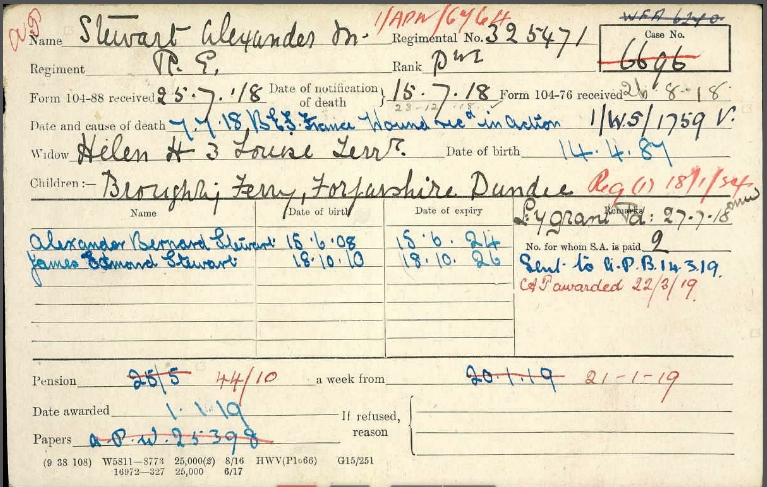 Alexander was  the Organist at Queen St  U.F. Church, Broughty Ferry. He was also a former pupil of Grove Academy, Broughty Ferry and is remembered on the schools war memorial.

Pioneer Alexander M. Stewart R. E., who was previously reported seriously wounded, has died from his injuries.  A comrade in the casualty clearing station bravely gave a pint of his blood to save Stewart but with no avail.  The deceased was well known in the district as a musician of great ability both as executant and composer.  Many of his pieces were sung by the choir of Queen Street U.F. Church, Broughty Ferry, where he was organist.  He was employed in the office of the National Telephone Company on enlistment, and had only been a few months in France.  Deceased leaves a widow and two children at Louise Terrace, West Ferry.

Can you tell us more about Alexander Murray Stewart'? Some additional facts, a small story handed down through the family or perhaps a picture or an heirloom you can share online. Contact our curator...