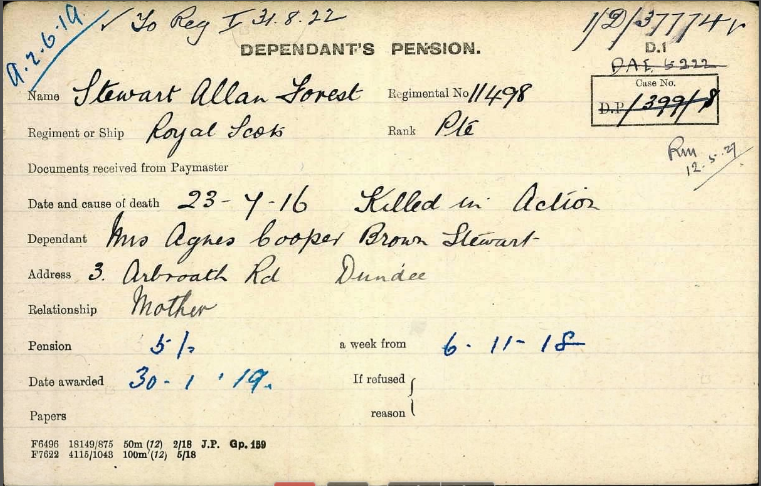 Allan has no known grave but is remembered on the Thiepval Memorial.

The information that their son, Private Allan Stewart, of the Royal Scots, was killed on the 23d July has been conveyed to Mr and Mrs Stewart, 3 Arbroath Road.  Private Stewart was only 20 years of age.

Can you tell us more about Allan Forest Stewart'? Some additional facts, a small story handed down through the family or perhaps a picture or an heirloom you can share online. Contact our curator...