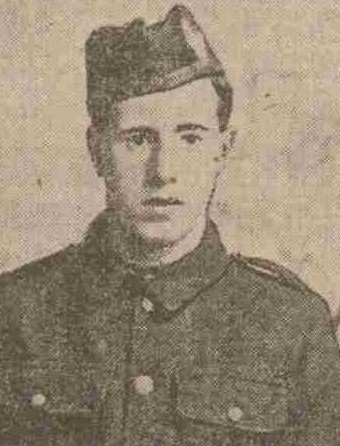 Intimation has been received by Mrs Stewart, who resides at 5 Hedge Road, Dundee, that her son, Private Andrew Stewart, was wounded on 26th October, and died the same day.

He enlisted in the H.L.I., about two years ago, and had been at the front for thirteen months.

Private Stewart was 19 years of age. His older brother was wounded at Mons, but is again on active service.

Can you tell us more about Andrew Stewart'? Some additional facts, a small story handed down through the family or perhaps a picture or an heirloom you can share online. Contact our curator...