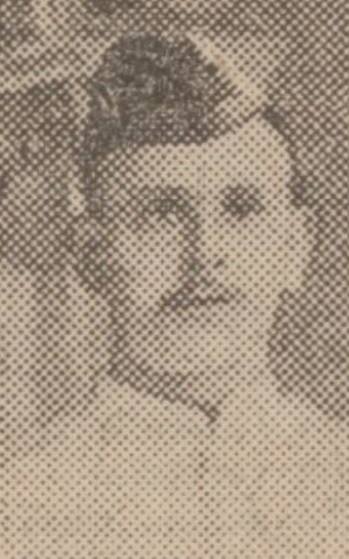 7771 Pte. William Stewart, 3rd Black Watch, died of wounds on 19 August 1917. He served with the 1st Battalion in France from September 1914, and was wounded at Ypres on 10 November. Before the war he was employed at the East Station, and lived with his sister at 27 Victoria Road.
Pte. Stewart is buried in Cromarty Cemetery

DUNDEE SOLDIER DIES OF WOUNDS. News has reached Dundee that Private William Stewart, Black Watch, has died of wounds in a Scottish military hospital.
Pte. Stewart was amongst the first of those to join the colours, and was wounded in the early stages of the war. Prior to enlistment he was employed in the Goods Department of Dundee East Station, and resided with his sister at 27 Victoria Road, Dundee. The Courier, Monday, 27 August 1917, 4.

Can you tell us more about William Stewart'? Some additional facts, a small story handed down through the family or perhaps a picture or an heirloom you can share online. Contact our curator...