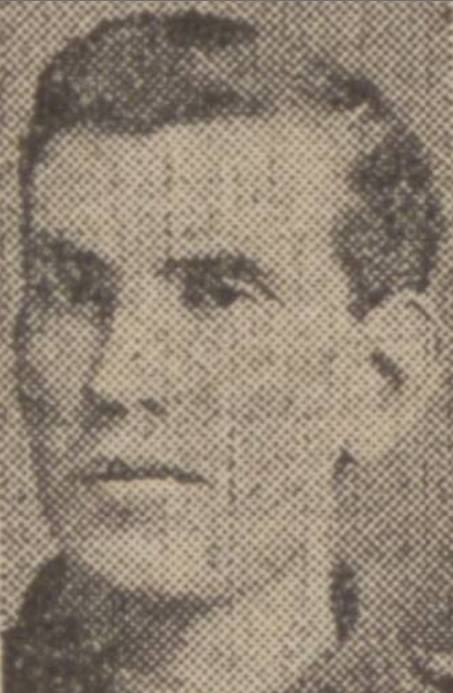 Clyde Z/3814 A.B. George Stirton, Hawke Battalion, Royal Naval Division, was killed in action on 3 February 1917.
George Stirton enlisted on 6 April 1915 and served with Hawke Battalion in the Dardanelles before being invalided to the U.K. suffering from dysentery in November.
He rejoined the Battalion as a bomber in 1916 but was killed in action on 3 February 1917, aged 21.
George was the son of Charles and Margaret Stirton, 5 Wolseley Street, Dundee, and before the war was employed as a hacklemaker.
He is buried in Queens Cemetery, Bucquoy, Pas de Calais, France.
George was one of six brothers, at least two of whom lost their lives.

DUNDEE SEAMAN KILLED IN ACTION. The sad news has been received by Mr and Mrs Charles Stirton, who reside at 5 Wolseley Street, Dundee, that their son, A.B. Seaman George Stirton, has been killed in action. A.B. Seaman Stirton, who was 21 years of age, enlisted in the R.N.D. in 1915. He had seen much fighting, both at the Dardanelles and in France.
Prior to enlistment he was employed with Mr George Stewart, hacklemaker. Mr and Mrs Stirton have three sons still serving with the colours. The Courier, Monday, 26 February 1917, 4.

In April 1917, another brother, John Stirton, applied for exemption from military service, on the grounds that his family had already made a significant sacrifice.
He was granted a two months’ temporary exemption.

PATRIOTIC DUNDEE FAMILY. REMAINING SON APPEALS FOR EXEMPTION. Dundee Tribunal met this afternoon, and had 51 cases under consideration. A PATRIOTIC FAMILY. John S. Stirton, charge-hand, 5 Wolseley Street, claimed exemption on domestic grounds. His five other brothers had joined the army, and two had been killed. He did not want to go to the army and leave his father and mother. If one of his brothers was released from the army, he would be willing to go at once.
Major Cappon said the record was very good, but there was one case where a woman had nine sons.
Stirton said they were willing to make sacrifices, but asked what about those who were making no sacrifice? He thought it very hard.
He was granted two months’ temporary exemption. The Evening Telegraph and Post, Monday, 16 April 1917, 2.

Can you tell us more about George Stirton'? Some additional facts, a small story handed down through the family or perhaps a picture or an heirloom you can share online. Contact our curator...