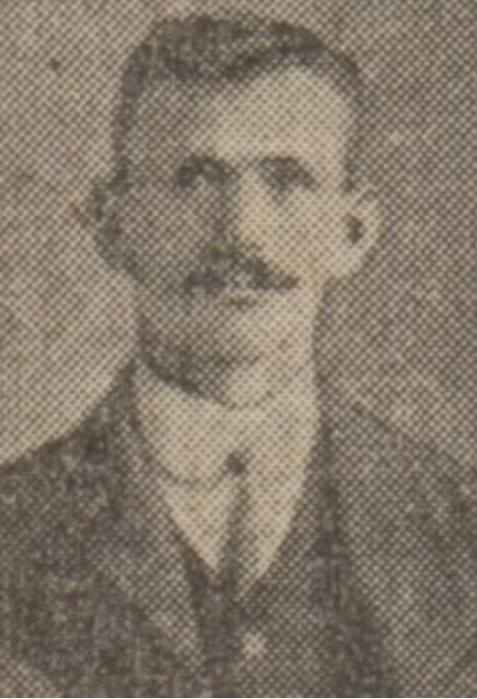 2063 Pte. Andrew Strachan, 4th Black Watch, was also killed in action on 10th March 1915.
Strachan was a veteran of the Boer War, who joined ‘Dundee’s Own’ on the outbreak of war.
Initial reports suggested he was convalescing in a French hospital, but it was later confirmed that he had been killed in action.
His wife and children lived at 10 Step Row.
Pte. Strachan is buried in Guards Cemetery, Windy Corner, Cuinchy, Pas de Calais, France, IX. J. 26.

A WOUNDED DUNDEE TERRITORIAL WHO SAW SERVICE IN SOUTH AFRICA. Private Andrew Strachan, of “Dundee’s Own,” lies in a French hospital recovering from a wound received in the famous Neuve Chapelle engagement.
Private Strachan is an old campaigner. Before attaching himself to the 4th Black Watch he was for twelve years associated with one of the regular battalions of the Forty-Second, and during his period of service was engaged in South Africa. He holds the African medal.
When the war clouds broke over Europe Private Strachan was employed as a calender worker. His patriotism was of the robust type, and demanded active and practical expression, and he threw in his lot once more with his old colours, but with the city Territorial battalion – the 4th.
Private Strachan’s wife and children live at 10 Step Row. He is one of a soldiering family, several of his brothers having marched in the dark tartan. The Courier, Saturday, 17 April 1915, 4.

Can you tell us more about Andrew Strachan'? Some additional facts, a small story handed down through the family or perhaps a picture or an heirloom you can share online. Contact our curator...