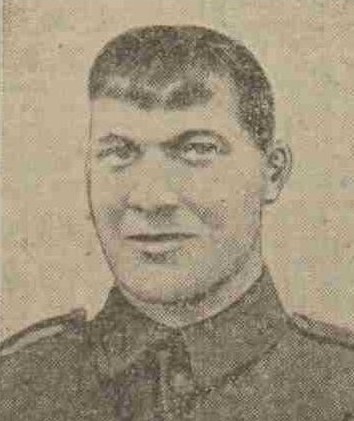 John was the brother of Pte Lindsay Strachan, 200991, 4/5th Battalion Black Watch, who was killed in action, 27.09.1917. John was listed on the original Dundee Roll of Honour, where as Lindsay was not.

Intimation has been received that Private John Strachan, Black Watch, eldest son of Mr James Strachan, 1 Annfield Street, Dundee, was killed in action on the 22nd April.  Deceased, who was 23 years of age, was previous to enlistment employed as a ploughman on Mains of Castle Huntly, Longforgan.  He joined shortly after the outbreak of war, and had been at the front for fourteen months.

On a previous occasion he was wounded in the shoulder.  A letter from the chaplain states that Private Strachan was killed during an assault by his regiment on an enemy position under heavy fire.  Another brother, Lindsay Strachan, is also at the front with the Black Watch.  He was wounded some time ago, but is again in the fighting line.

Can you tell us more about John Alexander Strachan'? Some additional facts, a small story handed down through the family or perhaps a picture or an heirloom you can share online. Contact our curator...