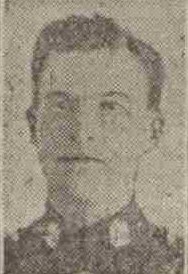 William has no known grave but is remembered on the Vis-En-Artois Memorial.

Intimation has been received by Mrs Stuart, 1 Wellington Street, Dundee, that her husband, Private W. Leslie Stuart, Dragoon Guards (Scots Greys), was killed in action on 4th September.  Private Stuart, whose parents reside at Craigowl Place, Hawkhill, joined up nineteen months ago.  He had been in France for about a year, and was expecting leave soon.  Before his enlistment he was in the employment of the Dundee Eastern Co-Operative Society, Main Street branch, while prior to that he had a grocery business in Brook Street.  Private Stuart’s father is engaged as a mine-sweeper.  Deceased leaves a widow and one child.

Can you tell us more about William Leslie Stuart'? Some additional facts, a small story handed down through the family or perhaps a picture or an heirloom you can share online. Contact our curator...