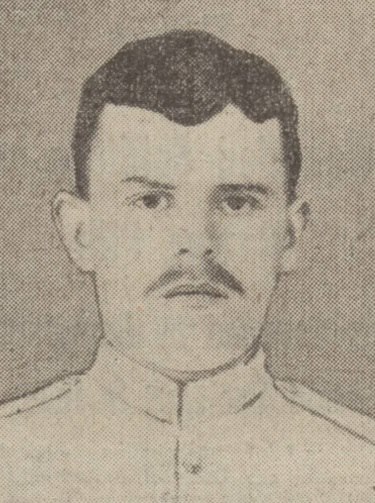 8538 Pte. James Summers, a 34 year old Black Watch reservist from Kincardine Street, was killed in action at Vermelles. He was an original member of the B.E.F., having landed at Havre with the 1st Battalion on 14 August 1914. The Battalion’s War Diary records ‘a good deal of heavy shelling on all our trenches – chiefly H.E. Howitzer 4.5 shells’. Summers was one of three men killed.

DUNDEE POSTMAN KILLED. Mrs James Summers, 41 Kincardine Street, Dundee, has received intimation of the death in action on 22d May last of her husband, Private James Summers, 1st Black Watch. The intimation of Private Summers’ death was contained in a letter dated 30th May from Lieut. Hay, B Company, which was as follows: – “I regret to inform you that your husband, Private James Summers, was killed by a high explosive shell on 22d inst. His death was instantaneous. As my company runner he always behaved as well as anyone could wish. His death is a great loss to the company.” Private Summers was 34 years of age. He was connected with the Forty-Second for thirteen years, eight of which were spent in India. Prior to the outbreak of war Private Summers was engaged as a postman in Dundee. He is survived by his widow and three young children. The Courier, Monday, 14 June 1915, 4.

Can you tell us more about James Summers'? Some additional facts, a small story handed down through the family or perhaps a picture or an heirloom you can share online. Contact our curator...