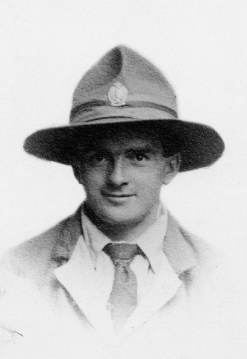 Private James R. Swadel, New Zealanders, who has been accidentally killed, was the son of Captain R. Swadel, Abertay Lightship.  He emigrated about nine years ago.  Upon the outbreak of war he joined the forces, and after serving for some time in Gallipoli he was drafted to France, where he was wounded in September of last year. He was home on leave about two months ago, and returned to the front where after visiting his brother George, who is also serving in France, he was accidentally killed in a railway accident which occurred on his return journey.  Deceased was 25 years of age.

Can you tell us more about James Robertson Swadel'? Some additional facts, a small story handed down through the family or perhaps a picture or an heirloom you can share online. Contact our curator...