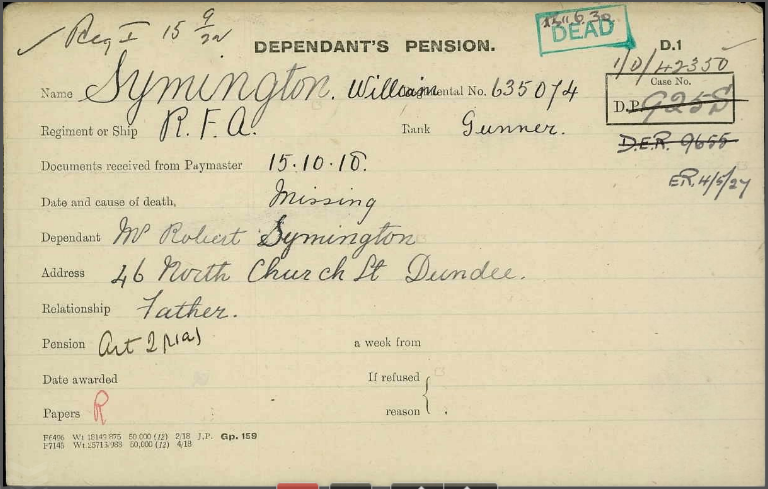 William has no known grave but is remembered on the Arras Memorial.

Over Three Years In France.

Gunner William Symington, R.F.A., is a son of Mr Symington, 46 North Church Street, and is 23 years of age.  Being a Territorial, he was called up at the outbreak of war, and has been in France for over three years.  Prior to the outbreak of war, he was in the employment of Marshall & Brush, Dundee Carpet Works.  His brother Robert is at present serving with the H.L.I. in France.

Can you tell us more about William Symington'? Some additional facts, a small story handed down through the family or perhaps a picture or an heirloom you can share online. Contact our curator...