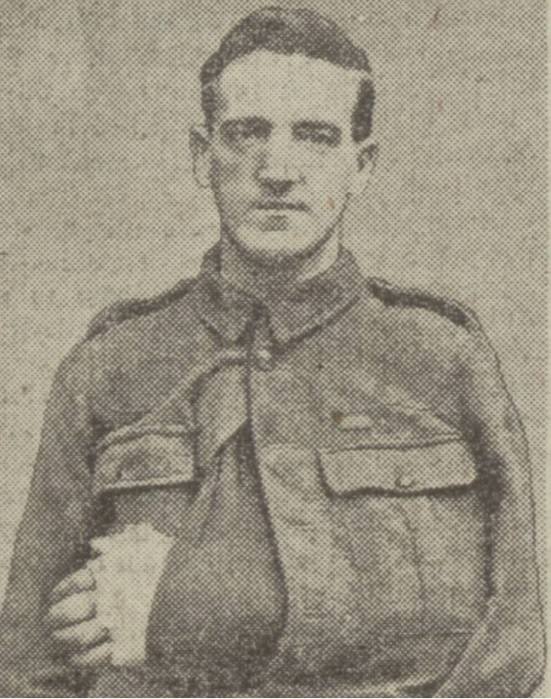 Thomas was the son of Sergeant Major Tait and Mrs Tait of Dundee.

DUNDEE SOLDIER WINS THE D.C.M. The photograph is that of Company-Sergeant-Major Thomas Tait, of the 4th Rifle Brigade, who has been awarded the Distinguished Conduct Medal for conspicuous gallantry and devotion to duty at St Eloi on 15th March. Company-Sergeant-Major Tait is at present recuperating from wounds to his left arm in Dundee Royal Infirmary. He belongs to Dundee, and is a son of the late Sergeant-Major John Tait, of the old V.B.R.H. He has seen seventeen years’ service as a member of the Rifle Brigade, nine of which were spent abroad. He came to France with his regiment from India. The Courier, Thursday, 23 September 1915, 4

Company-Sergeant-Major Thomas C. Tait, a Dundee D.C.M. hero, has died in a military hospital at Sheerness.

Deceased, who had had a long connection with the army, was a son of the late Sergeant-Major John Tait, of the old V.B.R.H.

Company-Sergeant-Major Tait, who was 32 years of age, had seen seventeen years’ service as a member of the Rifle Brigade, and he went to France with his regiment from India.  The Distinguished Conduct Medal was awarded to him for Conspicuous gallantry and devotion to duty at St Eloi in March last year.  Deceased was well known in the city, and his death will be regretted by a large circle of friends.  For a period he was an inmate of one of the military wards in Dundee Royal Infirmary, being under treatment for wounds received to his left arm, and was a special favourite at that institution during his stay.  Unfortunately, however, he never completely recovered from his injuries.  Latterly he had been acting-quartermaster.