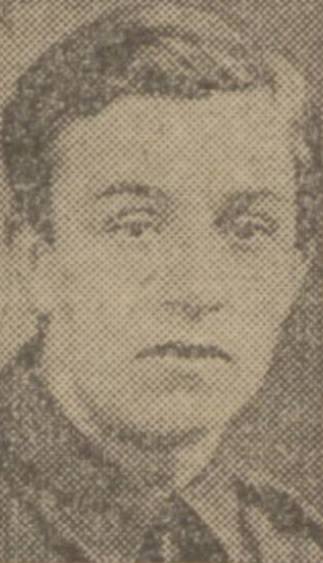 1641 L.-Cpl. William Hay Tennant, 4/5th Black Watch, died of wounds on 6 September 1916, aged 21. Born in Bervie, Kincardineshire, he enlisted in Dundee, and arrived in France on 25 February 1915.
He was a son of David and Isabella Hay Tennant, 14 Annfield Street, and was employed by Sharp & Sons before the war.
L.-Cpl. Tennant is buried in Beauval Communal Cemeyery, Somme, France, F. 32.

FAMILY’S SECOND BLOW. Lance-Corporal William Tennant, whose parents reside at 14 Annfield Street, had served four years in the Territorials. Previous to the war he was employed by John Sharp & Sons, Limited. Deceased, who was 21 years of age, was the second member of his family to fall in this war, while a brother is at present recuperating from wounds in Stobshill Hospital, Glasgow, The Courier, Friday, 15 September 1916, 4.

Can you tell us more about William Hay Tennant'? Some additional facts, a small story handed down through the family or perhaps a picture or an heirloom you can share online. Contact our curator...