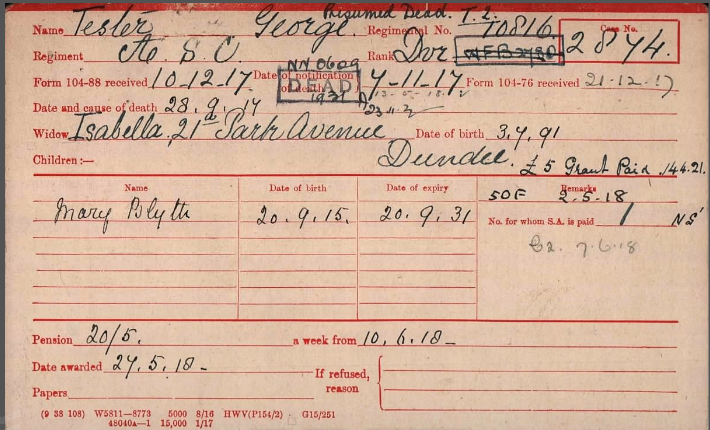 This man is listed as serving with The Army Service Corps on the original Dundee Roll of Honour. John was an observer aboard a Bristol F2B, A7210 when he was killed in action.

Private George Tester, Royal Flying Corps, son of Mrs Tester, 96 East Smeaton Street, Kirkcaldy, is officially reported to have been killed during an engagement over enemy lines on 28th September last.  He had been missing since that date.  His widow resides at 21a Park Avenue, Dundee.  Private Tester was formerly a trombone player in Kirkcaldy Trades Band, and was employed with Messrs Barry, Ostlere, & Shepherd, Kirkcaldy.  He was 27 years of age.

Can you tell us more about George Tester'? Some additional facts, a small story handed down through the family or perhaps a picture or an heirloom you can share online. Contact our curator...