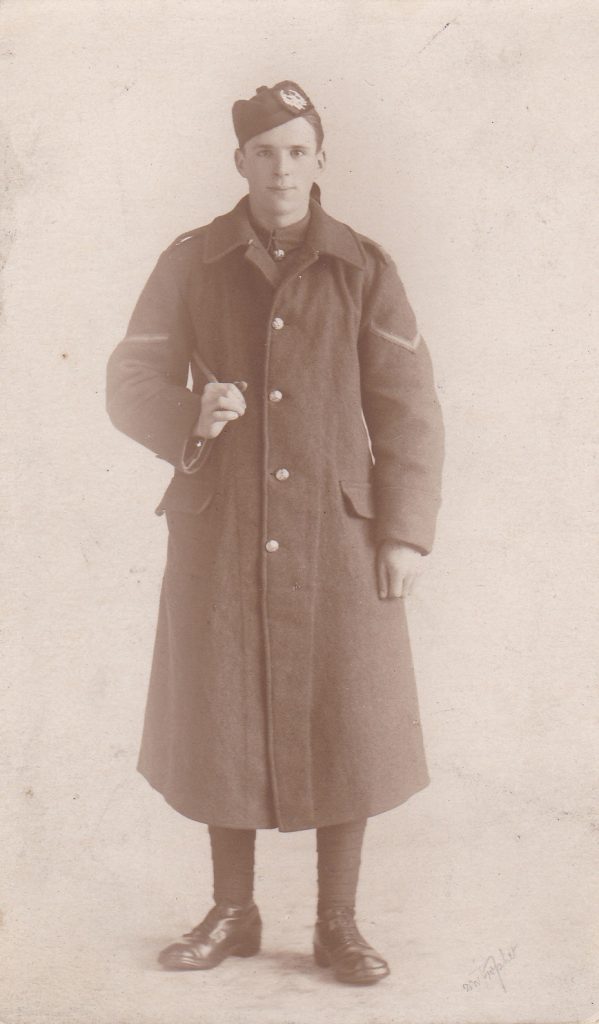 David has no known grave but is remembered on the Arras Memorial. He was the brother of Gunner John R. Thain 635280, 256th Brigade, Royal Field Artillery who died of wounds 17.05.1917.

A sad blow has befallen Mr and Mrs William Thain, 10 Airlie Terrace, Dundee, intimation has been received that their son, Pte. David Robertson Thain, Machine Gun Section, Scottish Rifles, had made the great sacrifice.  This is the second of Mr and Mrs Thain’s three soldier sons to be killed in action, John, who was in the R.F.A., having fallen in May last year, while their eldest son is serving in Mesopotamia.  David enlisted in February, 1917, and had been at the front for two and a half months.  Prior to joining the forces he was employed as a warehouse man with Messrs Hunter, Barr, & Co., Glasgow.  He was a promising cricketer, and played several games for Anniesland C.C.

Can you tell us more about David Robertson Thain'? Some additional facts, a small story handed down through the family or perhaps a picture or an heirloom you can share online. Contact our curator...