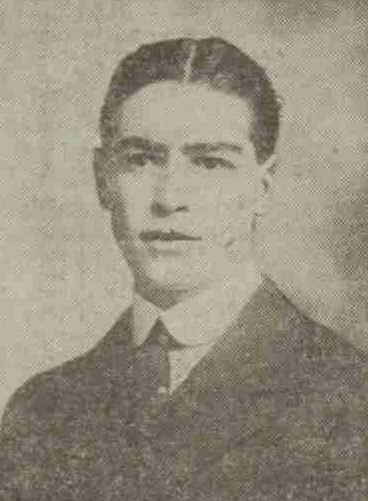 David has no known grave but is remembered on the Le Touret Memorial.

Mrs Thomson, 39 Dallfield Walk. Dundee, has received official intimation that her son, Lance-Corporal David Thomson, of the 1st Black Watch, has been missing since 9th May.

Lance-Corporal Thomson, who is 21 years of age, was among the first to be sent to France.  He was wounded at Mons, and when recuperating from his injury, was home for a few days in October.  For a time he was engaged at Nigg in drilling men, and in February he rejoined his regiment.  The last letter his mother received from him was dated 2nd May.  A member of the 1st Black Watch, who was recently home on furlough, informed Mrs Thomson that her son was sent out on 9th May in charge of nine men, and none of the squad returned.

He joined the army three and a half years ago.  Another son is employed in transport duty.  Lance-Corporal Thomson is a grandson of the late Sergeant Thomson, drill instructor, Newport.

Can you tell us more about David Thomson'? Some additional facts, a small story handed down through the family or perhaps a picture or an heirloom you can share online. Contact our curator...