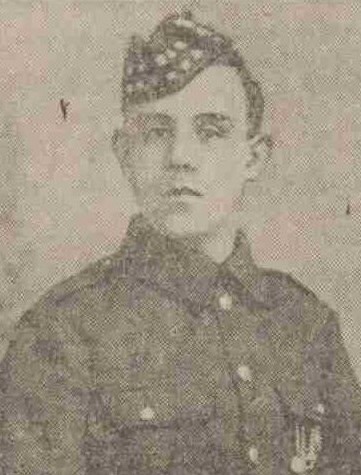 IS GIVEN UP AS DEAD.

He was only 18½ years of age, and was the only son of Mr and Mrs John Thompson, who reside at 8 Rosebank Street, Dundee.  When a boy of 16 years he enlisted in the Army Service Corps, and did his training in the Riding School at Manchester Barracks, but was taken out of the army by his parents, as he was under age.  He enlisted in the Royal Scots Fusiliers about five months after the outbreak of war, and went to the front at the end of March, 1915.  In civil life he was an apprentice baker with the City of Dundee Co-Operative Society.

Can you tell us more about John Thompson'? Some additional facts, a small story handed down through the family or perhaps a picture or an heirloom you can share online. Contact our curator...