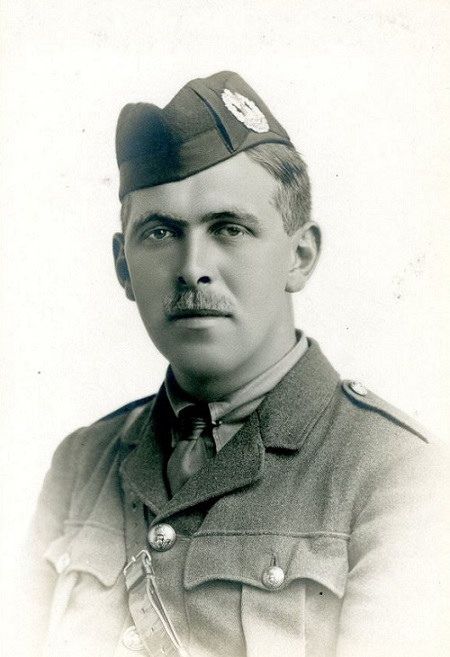 James was the Sub-editor of the Glasgow Herald at the time of his enlistment.

By the death from wounds of Lieutenant James Pringle Thomson, of the Cameron Highlanders, Dundee has lost another son whose career promised to reflect much credit on his native city.

The deceased officer, who was the eldest son of Mr James Thomson, solicitor, 1 Hyndford Terrace, Dundee, was in his 26th year.  He was educated at Dundee High School, Morrison’s Academy, Crieff, and afterwards at St Andrews University, where he graduated M.A. with honours in English.  Lieutenant Thomson took a very keen interest in politics, and was secretary, and later chairman, of St Andrews University Liberal Association.  At the last general election he spoke at meetings in various parts of the country.  When he had completed his education Lieutenant Thomson took up journalism as a profession.  After gaining experience in Dundee and on the editorial staff of the Weekly Scotsman, he obtained an appointment on the editorial staff of the Glasgow Herald.  He enlisted in the Cameron Highlanders in September, 1914, as a private, and was shortly afterwards promoted to the rank of lance-corporal.  In November, a month later, he obtained a commission in the same regiment, and was promoted to full Lieutenant this year.

Lieutenant Thomson was wounded at Loos, and did not return to the front till March.

He was the author of several text-books on Scottish historical subjects, and his essay on Alexander Henderson, the Covenanter,” which gained the Chancellor’s prize of £20 at St Andrews, was also published in book form.

Can you tell us more about James Pringle Thomson'? Some additional facts, a small story handed down through the family or perhaps a picture or an heirloom you can share online. Contact our curator...