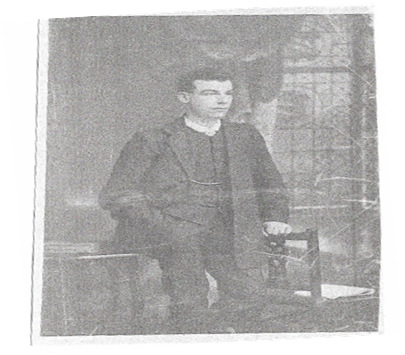 Mr and Mrs Thow, 51 Larch Street, Dundee, have been officially informed by the War Office of the death in action of their son, Driver Peter Thow, of the Royal Field Artillery.  In a letter to deceased’s parents his officer speaks highly of him as a soldier, and he goes on to say that he will be greatly missed by both officers and men of his battery, with whom he was a prime favourite.  Driver Thow, who was twenty-eight years of age, had been at the front for eight months.  He served his time in Blackness Foundry, Dundee, as an ironmoulder, and at the time of his enlistment he was working in Leven.  Mrs Thow has a son at the front with the Black Watch.

Can you tell us more about Peter Stewart Thow'? Some additional facts, a small story handed down through the family or perhaps a picture or an heirloom you can share online. Contact our curator...