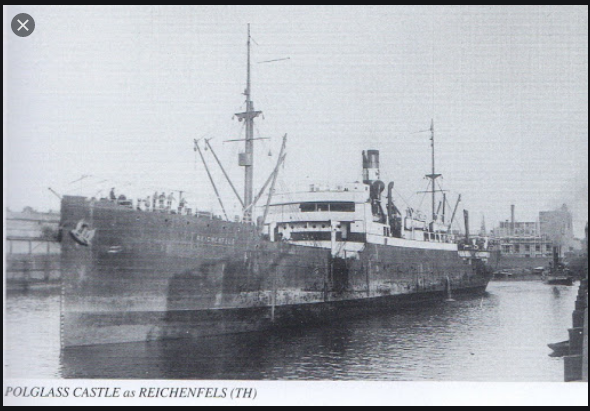 Jeremiah is remembered on St. Patricks R.C. Church, Dundee, Roll of Honour. He died at sea while serving aboard S.S. Polglass Castle. This man is not listed on C.W.G.C. As He was not listed on this site would indicate that his death was not due to the war.

Jeremiah drowned in the New York Harbour when the Tug”St Patrick” of New York crashed into  wreckage while taking Jeremiah ashore  on Government related business. The tug immediately sank taking Jeremiah with it. His body was never recovered.

The Polglass Castle was launched in 1903 and was captured by Britain in 1914. In 1916 she was renamed the S.S. Polglass Castle. In 1921 she was sold to the Hansa Line and renamed Reichenfels.

Can you tell us more about Jeremiah Turnbull'? Some additional facts, a small story handed down through the family or perhaps a picture or an heirloom you can share online. Contact our curator...