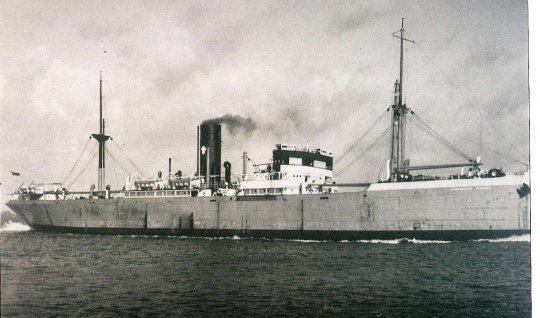 Patrick has no known grave but is remembered on the Tower Hill Memorial.

The CORSICAN PRINCE left Dundee on the 6th February bound for Dunkirk with a cargo of timber. The following day she had progressed as far as Whitby. The wind was light and westerly and the sea state smooth with visibility at about a mile. The vessel was making nine and a half knots on a heading of SE ½ S inside the war channel. At 10 a.m. she was between the W and H buoys when, without warning, a torpedo fired from German Submarine UB-34, struck the No3 hold on the starboard side. It shattered the side of the ship and burst the engine room bulkhead, causing the ship to sink rapidly. The whistle was used to sound an S.O.S. and the crew of 31 took to the boats. One of the firemen drowned in the evacuation. Read more at wrecksite: https://www.wrecksite.eu/wreck.aspx?11538

Inserted by his wife and family.

Can you tell us more about Patrick Ward'? Some additional facts, a small story handed down through the family or perhaps a picture or an heirloom you can share online. Contact our curator...