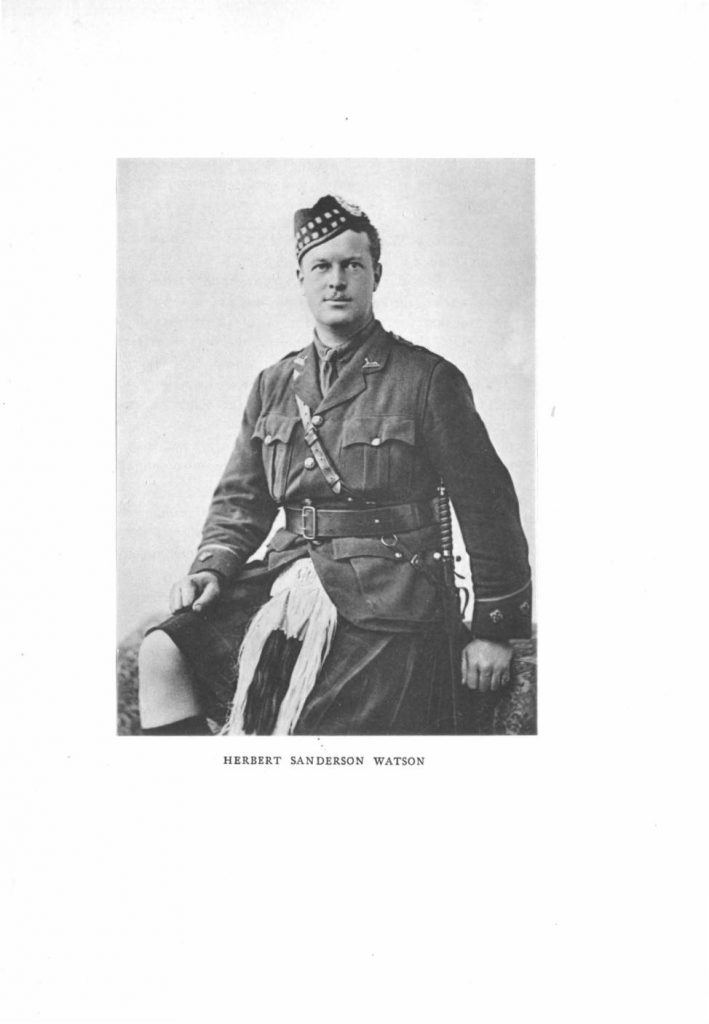 Herbert has no known grave but is remembered on the Loos Memorial. He was the brother of Cpt Robert Lowson Watson, 4th Battalion, Black Watch who died 08.02.1916.

Captain Watson was a son of the late Mr R. L. Watson of James Watson & Co., Ltd., and was born and brought up in Dundee.  He had been in business himself for some years in the South, and on the outbreak of war joined the army.  Within the past month he was promoted Captain.  Captain Watson is survived by a widow and two children.

Can you tell us more about Herbert Sanderson Watson'? Some additional facts, a small story handed down through the family or perhaps a picture or an heirloom you can share online. Contact our curator...