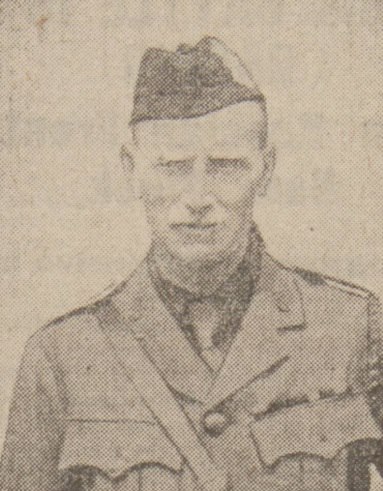 Alexander initially enlisted in the Cameron Highlanders as a boy soldier. On completion of his service he became a Police Constable in Dundee when he enlisted in the T.A. He became a Sergeant Major before receiving a commission.

His son Charles Duke Watt followed his late father into the Army and was a Colour/Sergeant with the Queens Own Cameron Highlanders before dying in Egypt 26.02.1942 aged 25. He is buried at Heliopolis Cemetery, Cairo.

On this day, 20 June 1916, Captain Alexander Watt, 4th Black Watch, died of wounds aged 38. A veteran of campaigns in the Sudan and South Africa, and a member of the Dundee police force, Watt received a commission in the Black Watch. He is buried in Longuenesse (St Omer) Souvenir Cemetery, Pas de Calais, France, II. C. 11.

DUNDEE BLACK WATCH OFFICER WOUNDED. Captain Alexander Watt, Black Watch, is reported to have been wounded in action.
No particulars are to hand regarding the nature of the wounds. Captain Watt, whose wife resides at 15 Union Place, Dundee, was a member of Dundee police force prior to his enlistment shortly after the outbreak of war. He had seen much service in both the Nile and South African campaigns. He served for almost ten years in the Cameron Highlanders, and is the holder of four medals. The Courier, Thursday, 15 June 1916, 4.

DUNDEE BLACK WATCH CAPTAIN, FORMERLY MEMBER OF POLICE, DIES OF WOUNDS. Deep regret will be occasioned throughout a large section of the community by the intimation of the death of Captain Alexander Watt, Black Watch, who resided at 15 Union Place, Dundee. Captain Watt has died of wounds received a week ago.
Prior to the outbreak of war deceased was a member of the city police force, but being an ex-soldier he offered his services at the opening of hostilities, and was made a Sergeant-Instructor in the Black Watch. At a later stage in a similar capacity he did good work in connection with the formation of his battalion. His abilities were recognised by his commanding officer, and on the battalion being brought up to its establishment he was raised to the rank of a full lieutenant. He was promoted a captain since going to the front.
Captain Watt was a soldier of great experience, having served in the Sudan and South African campaigns. For almost ten years previously he was associated with the Cameron Highlanders, and was the holder of four medals. He was home on furlough from the fighting line about a month ago, but was severely wounded shortly after his return. It was hoped that his life would be spared, but the sad intelligence reached his wife yesterday that he had passed away.
Captain Watt is survived by a widow and young family, to whom deep sympathy will be extended. The Courier, Saturday, 24 June 1916, 4.

Can you tell us more about Alexander Watt'? Some additional facts, a small story handed down through the family or perhaps a picture or an heirloom you can share online. Contact our curator...