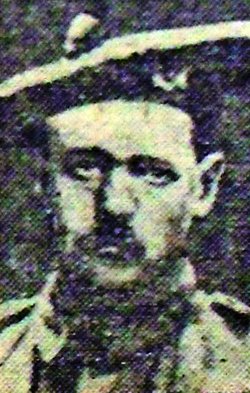 Alexander had 3 brothers who also served during the Great War, they were, Pte Harry (Henry) Watt 8478, 1st Battalion,Leinster Regiment who was killed in action 12.05.1915 at Sanctuary Wood, Belgium, Pte David Watt 39560, 13th Battalion Royal Scots who died of wounds 14.02.1918 at the 3rd London General Hospital, Wansworth, and a 3rd brother who survived the war as a P.O.W.

Alexander was a Railway Points man & Estate gardener in Dundee. He served in the 13th Battalion Royal Scots, having previously serving with the Black Watch Reg no. S/15104. He was killed in action attacking the Potsdam Pillbox, Frezenberg.

Can you tell us more about Alexander Watt'? Some additional facts, a small story handed down through the family or perhaps a picture or an heirloom you can share online. Contact our curator...