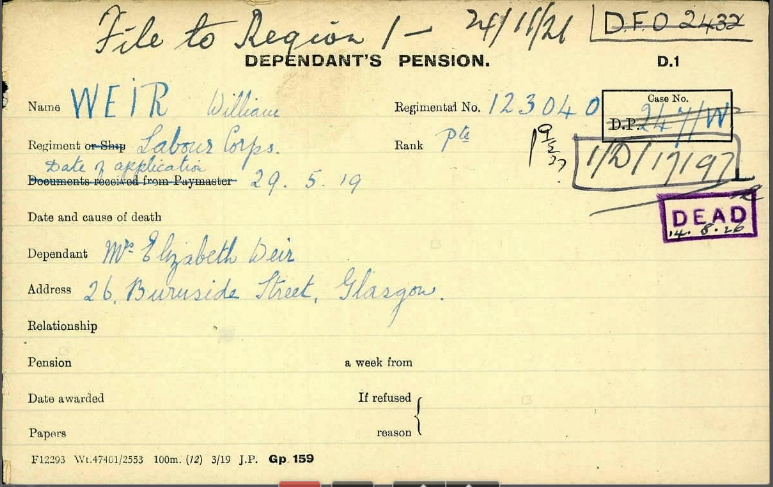 William originally served with the Royal Scots Fusiliers with the regimental No 33060 before transfering to the Labour Corps.

Can you tell us more about William Weir'? Some additional facts, a small story handed down through the family or perhaps a picture or an heirloom you can share online. Contact our curator...