We need you to tell us more about the life and times of James M. Whyte 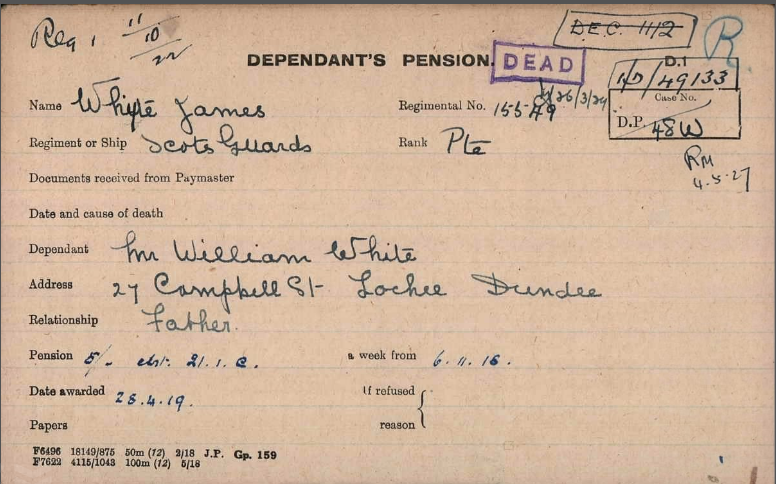 James has no known grave but is remembered on the Vis-En-Artois Memorial. He was the brother of Guardsman William Robertson Whyte, 11655, 1st Battalion Scots Guards, who was killed in action, 14.03.1917.

Private James M. Whyte, Scots Guards, who was killed on the 27th September, was the youngest son of Mrs Wm. Whyte, 27 Campbell Street, Lochee.  Private Whyte who was 22 years of age, enlisted in April, 1916, and had been eighteen months in France.  In civil life Private Whyte was an apprentice mechanic in Camperdown Jute Works, Lochee.  An elder brother, William who was also in the Scots Guards, was killed in March, 1917.

Can you tell us more about James M. Whyte'? Some additional facts, a small story handed down through the family or perhaps a picture or an heirloom you can share online. Contact our curator...