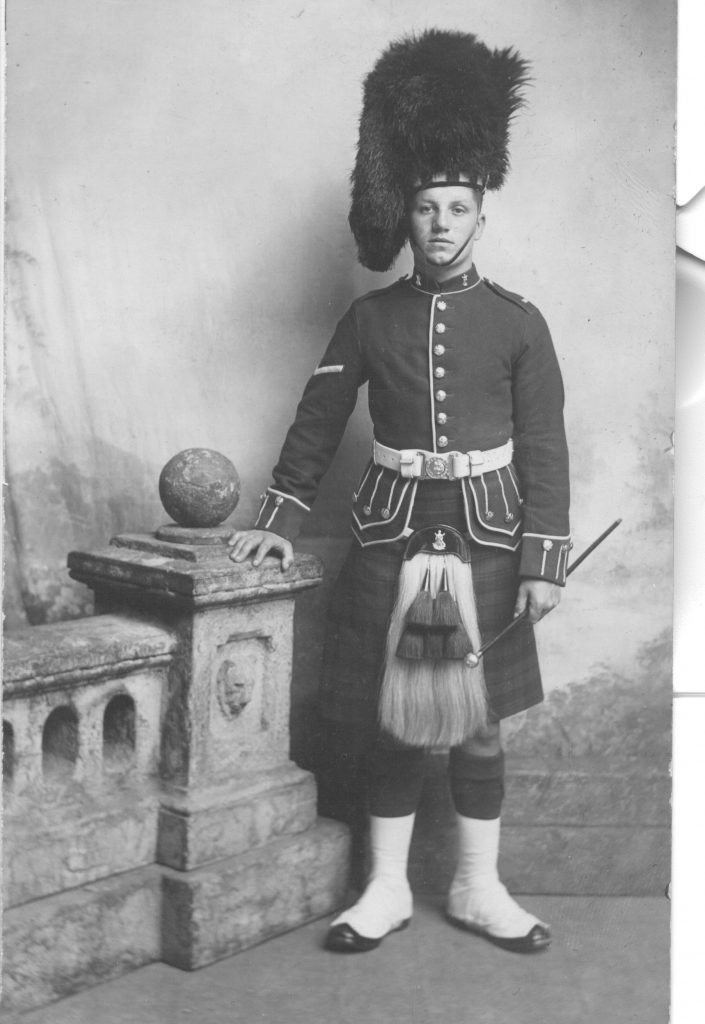 Sergeant Thomas Wilkie was a battalion scout and was mentioned in dispatches which was reported at the time of his death. It is very likely that he was killed by a stray shell while the 1st Bn were in reserve trenches. Sergeant Wilkie is buried alongside Private John Guthrie Cameron, also from Dundee.

Sergeant Wilkie, who was 21 years of age, enlisted in the Black Watch five and a half years ago, and went to the front on the outbreak of war.  He was promoted on the field from lance-corporal to sergeant, and his abilities as a scout were officially commended.  Prior to enlistment Sergeant Wilkie was employed in the Post Office at Dundee.

Can you tell us more about Thomas Wilkie'? Some additional facts, a small story handed down through the family or perhaps a picture or an heirloom you can share online. Contact our curator...