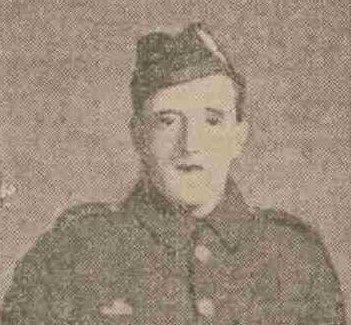 More about David Will

Private David Will, Black Watch, eldest son of Mr George Will, 9 Dallfield Terrace, Dundee, has been killed in action.

Mr Will has received the following letter from Second-Lieutenant J. D. MacDonald, one of the officers of the deceased soldier’s platoon :–“It is with extreme regret that I inform you of the death of your son, Private David Will, who was killed in action when in discharge of his duty with the signalling section.  Your son was struck by a shell on 15th inst., while the battalion were in the trenches.  He will be buried close by where he fell.”

Private Will was 25 years of age.  He enlisted in the Black Watch two years ago, and had been in the firing line for 18 months.  The deceased soldier was wounded in September, 1915.

Prior to enlistment Private Will was employed by the Dundee Shipbuilding Company, Limited.

Can you tell us more about David Will? Some additional facts, a small story handed down through the family or perhaps a picture or an heirloom you can share online. Contact our curator...