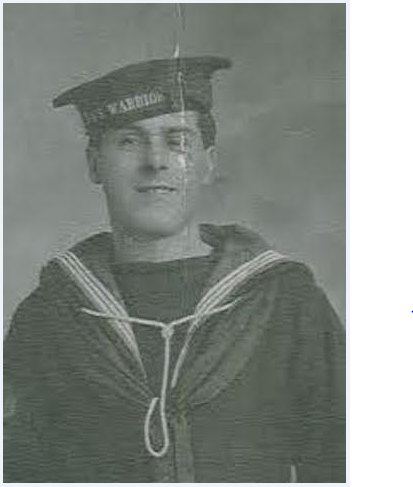 William Small was born on 11/3/1891 at 31 Dura Street Dundee. His parents were Robert Small and Mary Malcolm. He was their 7th child and had 12 siblings.

HMS Warrior was involved in the Battle of Jutland which took place on the 31stMay/1st June 1916. She was badly damaged and many of her crew were killed. Grandad was lucky to survive.

After WW1 he returned to family life in Dundee and worked in the Dundee Shipyards during WW2. He died on 27/12/1974 at Ninewells Hospital, Dundee aged 83.  Usual residence 57 Abbotsford Street, Dundee.

William was the brother of Pte George Small, 1st Battalion, Kings Own Scottish Borderers, who was killed in action 05.02.1918.

Can you tell us more about William Small'? Some additional facts, a small story handed down through the family or perhaps a picture or an heirloom you can share online. Contact our curator...