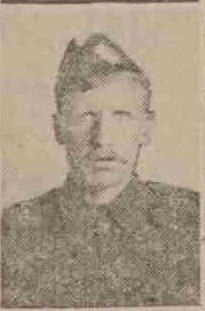 Thomas has no known grave but is remembered on the Le Touret Memorial.

HAD NEVER SEEN HIS YOUNGEST CHILD.

Another Dundee soldier has fallen in the battle around Ypres.

Mrs Williamson, 222 Overgate, has just received information that her husband Private Thos. Williamson, Highland Light Infantry, had been killed in action at Ypres.  The sad news is contained in the following letter written by Private D. Mair, of the same regiment :– “Dear Mrs Williamson,—Just a few lines to let you know your husband was killed on Tuseday, 5th January.  My dear friend, you have my sympathy, but try and keep up your heart, and always remember he died for a good cause.  He was buried in a churchyard out here.  I always was his mate, and he told me to let you know if anything happened as soon as possible.  You will know how I feel, for we were always together.”

Deceased, who was 31 years of age, was a reservist, and prior to being called up was a batcher in Victoria Works, Dundee.  Deceased is survived by his wife and two children, one of whom, five months old, has never seen her “Daddie.”

Can you tell us more about Thomas Williamson? Some additional facts, a small story handed down through the family or perhaps a picture or an heirloom you can share online. Contact our curator...