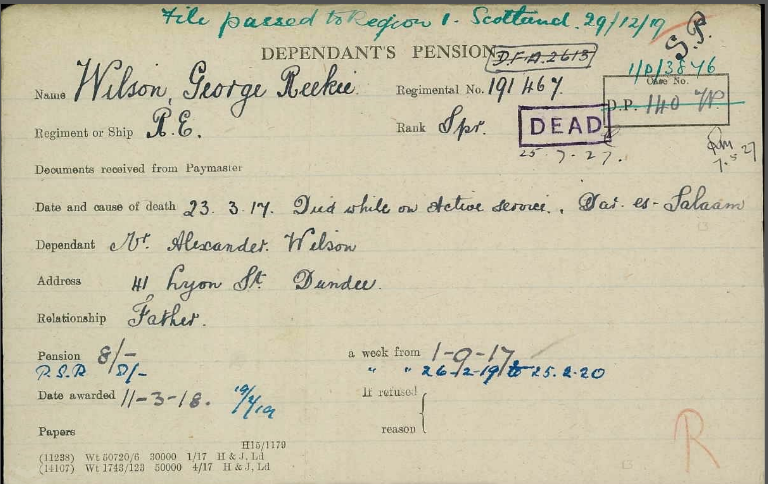 Sapper George R. Wilson attached to the African Expeditionary Force, has died from malaria.  Deceased, whose father resides at 41 Lyon Street, Dundee, was a little over 30 years of age.  Prior to enlisting in July of last year he was engaged in the telegraph department of the Dundee Post Office, where he had served for about sixteen years.

Can you tell us more about George Reekie Wilson'? Some additional facts, a small story handed down through the family or perhaps a picture or an heirloom you can share online. Contact our curator...