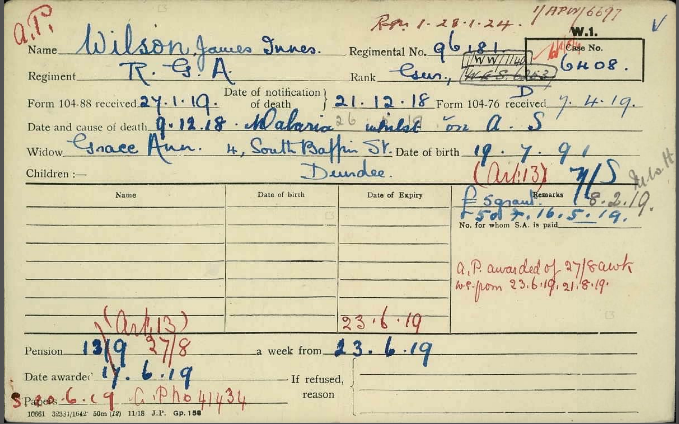 James died of Malaria at Basra.

Mr John D. Wilson, builder, Dalhousie Street, has received news that his second eldest son, Gunner James Wilson, Royal Garrison Artillery (Aden Field Force), has died at Aden from malaria fever.  Private Wilson who enlisted early in the war, was previously in the office of Messrs Low & Bonar, Dundee.  He leaves a widow, who is resident in Dundee.  A brother recently won the M.M.

Can you tell us more about James Innes Wilson'? Some additional facts, a small story handed down through the family or perhaps a picture or an heirloom you can share online. Contact our curator...