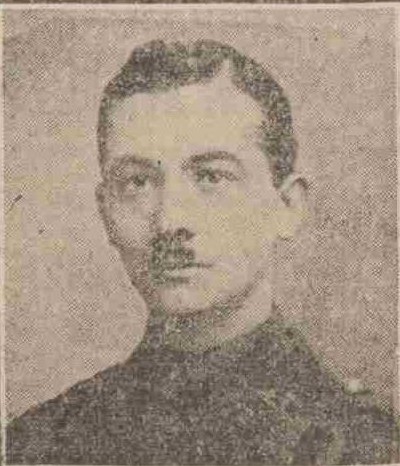 John was a former pupil of Grove Academy, Broughty Ferry and is remembered on the schools war memorial.

Prior to obtaining a commission in the Lancashire Fusiliers, Lieut. Wilson was for some time in India, and served with the Calcutta Scottish.  He was 27 years of age.

The photo is that of Second-Lieutenant Jack (John) Wilson, of the Lancashire Fusiliers, whose death in action has already been reported.

In a letter to his father, Mr John Wilson, 10 Duntrune Terrace, Broughty Ferry, an army chaplain states that Lieutenant Wilson, who was a “splendidly keen officer,” was in command of his company in the absence of the officer commanding, and that he fell while “leading his men in a gloriously successful attack.”

Can you tell us more about John Wilson'? Some additional facts, a small story handed down through the family or perhaps a picture or an heirloom you can share online. Contact our curator...