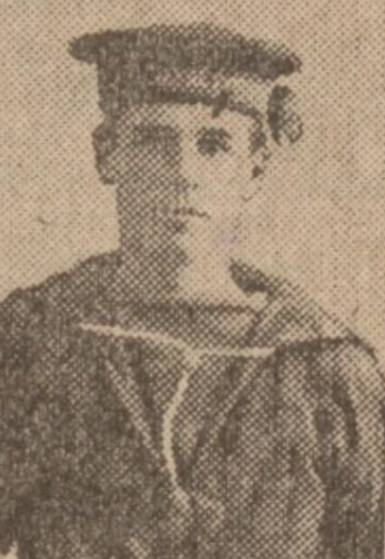 Sidney has no known grave but is remembered on the Helles Memorial.

On 12 July 1916, it was reported that Mrs Isabella Wilson, 5 Benvie Road, had received confirmation that her son, Clyde Z/655 A.B. Sidney Wilson, Collingwood Battalion, Royal Naval Division, R.N.V.R., was assumed to have been killed in action in the Dardanelles.
Sidney had enlisted on 6 October 1914, and had been missing since 4 June 1915. He was 19 years of age, and commemorated on the Helles memorial, Turkey, panel 8-15.

DUNDEE LAD KILLED IN ACTION. Mrs Wilson, 5 Benvie Road, Dundee, has received intimation that her son, A.B. Sidney Wilson, of the Collingwood Battalion, Royal Naval Division, is now officially assumed to have been killed at Gallipoli on 4th June, 1915. A.B. Wilson, who was 19 years of age, enlisted three months after the outbreak of war. He was formerly employed as an apprentice brassfounder with Hunter, Doig, & Palmer, Rattray Street, Dundee. The Courier, Wednesday, 12 July 1916, 4.

Can you tell us more about Sidney Wilson'? Some additional facts, a small story handed down through the family or perhaps a picture or an heirloom you can share online. Contact our curator...