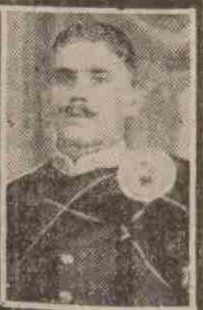 The sad intelligence has been received by his parents, who reside at 3 Campbell Street, Lochee, that Private Jas. Wishart, of the 1st Highland Light Infantry, was killed in action on 21st December.

Private Wishart who was twenty-seven years of age, had been stationed with his regiment in India for nine years, he having enlisted when he was sixteen, and on the outbreak of hostilities he proceeded to the front with the Indian Expeditionary Force.  During his stay in India Private Wishart was well known for his gymnastic abilities, for which he won many prizes, while he also played in the regimental football team.

Can you tell us more about James Wishart'? Some additional facts, a small story handed down through the family or perhaps a picture or an heirloom you can share online. Contact our curator...