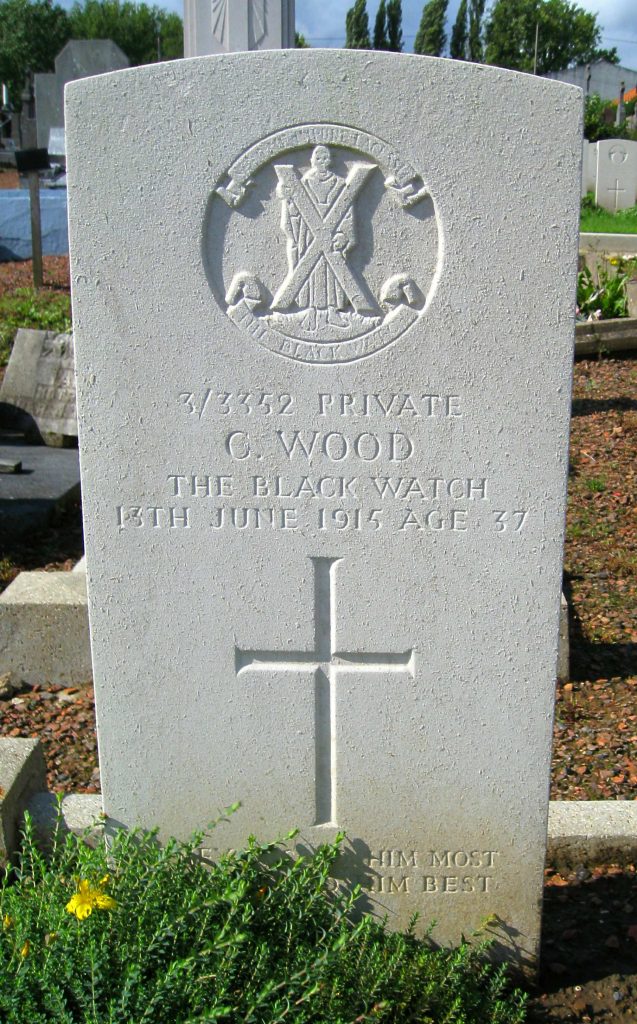 A Dundee member of the Black Watch, who had a narrow escape on 9th May, when he was blown into the air by a shell, his coat and kilt being riddled, has now been claimed as a victim of German shell fire.

He is Private Charles Wood, 1st Black Watch, and his wife, who resides at 12 Dallfield Walk, Dundee, has received official intimation of his death in action.

The platoon officer has sent the following sympathetic letter :–“While my platoon was in action on Sunday, 13th June, a shell burst in my part of the line, and wounded your husband so severely that he died a few hours later.”

Private Wood, who was 37 years of age, had seen long service in the army, having been a member of the Black Watch for six years.  He was formerly employed in Trades Lane Calender, where he was a prominent figure.  He leaves a widow and five of a family.

Can you tell us more about Charles Wood'? Some additional facts, a small story handed down through the family or perhaps a picture or an heirloom you can share online. Contact our curator...