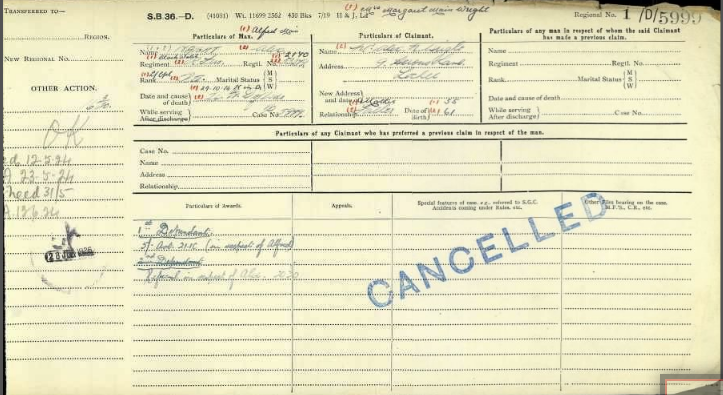 Still another young Dundee soldier, Lance-Corporal Alfred Wright, of the 42nd Black Watch, has died at the front.  His father, Mr Alex. H. Wright, who resides at 9 Heron’s Lane, Lochee, received the official notice of his son’s death yesterday.

Corporal Wright was only 21 years of age, but had served three years in the regiment before war broke out, and he was sent immediately to the front.  He had a brother Wm Wright serving in the army at Aldershot, and a brother-in-law in the 8th Battalion of the 42nd Black Watch.

Can you tell us more about Alfred Main Wright'? Some additional facts, a small story handed down through the family or perhaps a picture or an heirloom you can share online. Contact our curator...