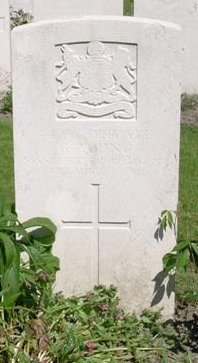 Private George Young. Manchester Regiment, who was killed in action on 4th August, was the eldest son of Mr and Mrs Peter Young, 14 Mid Street, Dundee.  He enlisted in the Army Service Corps shortly after the outbreak of war, and was subsequently transferred to the Manchester Regiment.  He was formerly employed as a baker in the city.

Can you tell us more about George Young'? Some additional facts, a small story handed down through the family or perhaps a picture or an heirloom you can share online. Contact our curator...