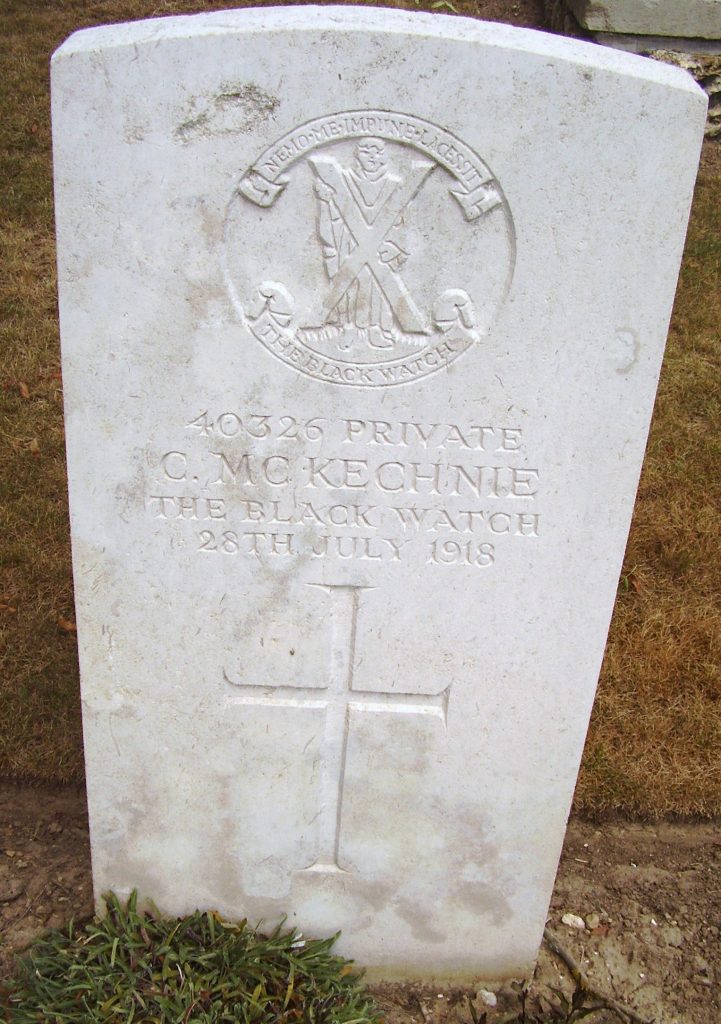 Private Charles McKechnie, Black Watch, who has been killed in action, was the younger son of Mrs McKechnie, 24 Thomson Street.  She has received official notification that her son fell in the present big push on July 28.  Private McKechnie joined up about three years ago, and has been most of that time in France.  He was wounded at the Somme in September, 1916.  In civil life he was in the employment of W. H. Buist, cabinetmaker, Dundee.

An elder brother, Staff-Sergeant David McKechnie, R.A.M.C., who is at present in hospital in England, was awarded the M.M. in 1916 for devotion to duty of an exemplary nature; he worked continuously without rest for over 72 hours in the neighbourhood of Thiepval.  Three months ago, Staff-Sergeant McKechnie was also awarded the meritorious Medal for excellent work with his unit.

Can you tell us more about Charles McKechnie'? Some additional facts, a small story handed down through the family or perhaps a picture or an heirloom you can share online. Contact our curator...